The ScanImage motors page allows for assignment of stage axes for 1 or more motor controller devices to the ScanImage X, Y, and Z to be controlled from the MOTOR CONTROLS window. It also allows for changing the scaling and directionality of the axes in the case that the position commands do not in move the axes the intended distance in microns in the correct direction. 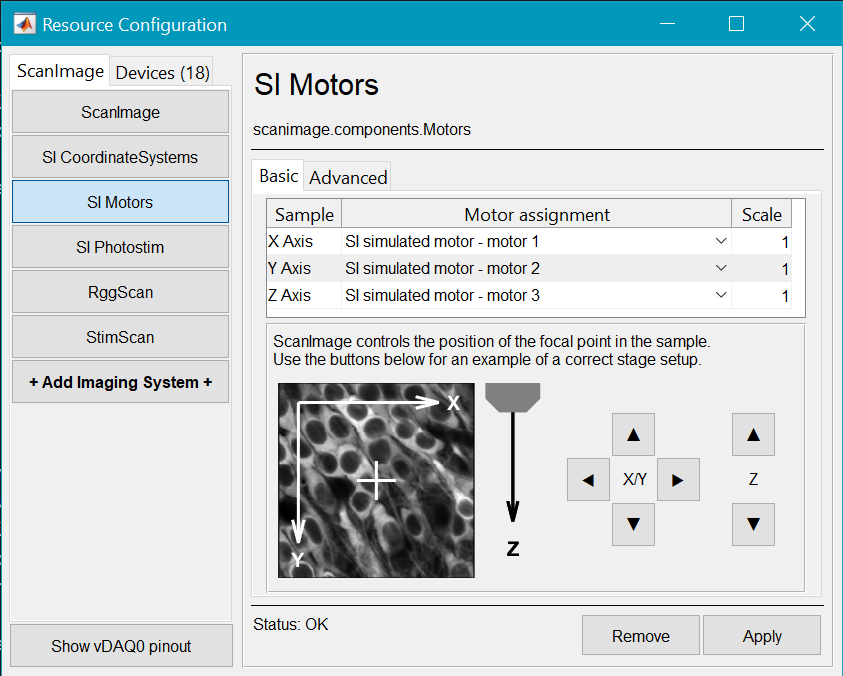 ScanImage also incorporates backlash compensation. Backlash is when changes in direction in an axis causes ‘lost motion’. For example, after a series of moves in one direction if a 100 um move is then made in the opposing direction, the stage may only move 95 microns leaving 5 um of lost motion, or backlash. This is more common in actuators using gears where there is an angular range when changing direction where the teeth do not engage each other, and this can increase for as many gears there are in the mechanism.

Each axis can have different backlash, especially if the axes are from separate stages. Therefore a value can be input for each.

There is also a Move timeout [s] field. This gives the amount of time in seconds for a stage to accomplish a move before a timeout error is issued. If using a slow velocity for moves relative to typical distances that will be traveling, this should be adjusted to a higher duration. 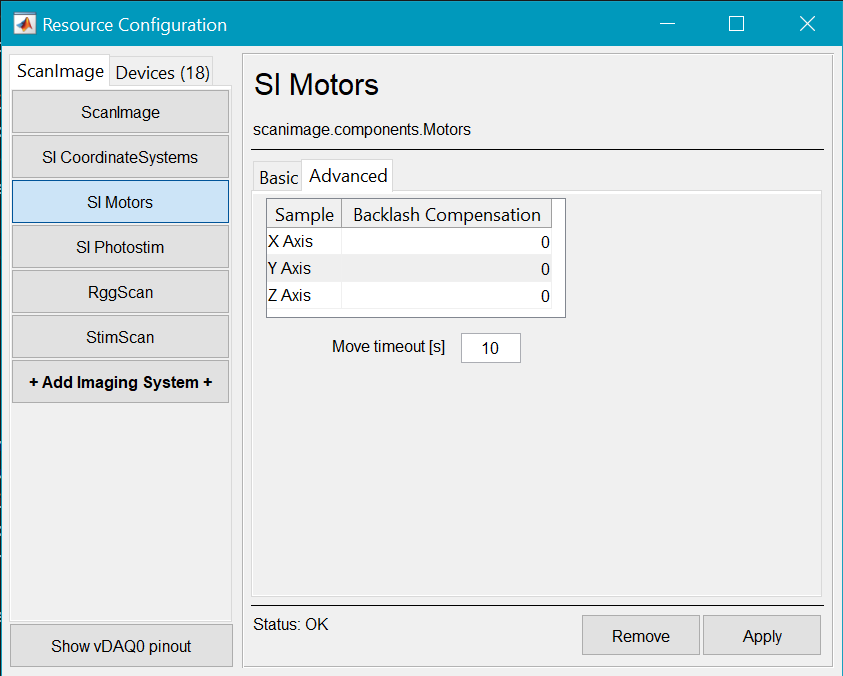